David has contributed articles to us as a Methodist Observer since 1983 and was particularly active in our SW London group for many years.  He now lives just outside Bristol. 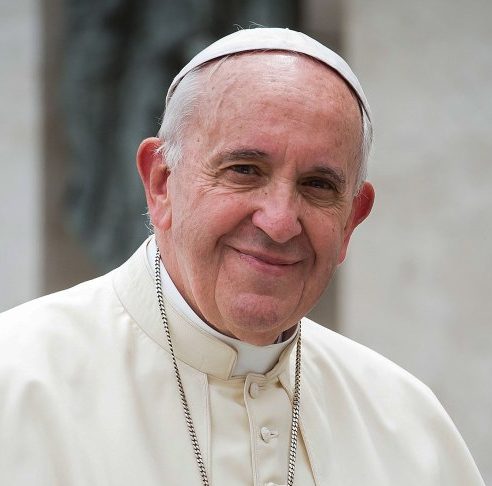 I am very inspired by Pope Francis and the sheer extent of all his ecumenical contacts, Orthodox, Protestant and Pentecostal/ charismatic. And such a prophet of justice for the least regarded. A great man. The following was written for the joint magazine we Methodists have with a local Anglican parish – it is about Fratelli Tutti, one of the wisest letters ever written.

In my current circumstances, with my wife seriously ill and likely to require nursing care for the rest of her life, I am receiving a lot of kindness from family and friends, including many Catholic ones. I am happy to pay tribute to the kindness I have received from those who have given me lifts to Southmead to visit my wife, who have sent cards and/or made phone calls. I am especially grateful for one good friend who rings up most regularly and who stimulates me greatly as we ponder together how things might turn out in the present pandemic crisis and what will happen in the aftermath.

The generation to which we both belong has enjoyed a prosperous life compared with our parents and, even more, grandparents with many more advantages and opportunities than they had. The NHS came in 1948. We enjoyed greatly expanded educational opportunities and full employment when we were young, when even the lowliest of unskilled jobs yielded a living wage – there was very little in work poverty then if one was wise and careful with money. There was not the sort of poverty we now see affecting an increasing number of people.

We need to get back to a situation where that can be true again. How to do it will require sacrifices in paying more tax from those who are comfortably off, not just the super-rich. If we want a peaceful country, at peace with itself and the rest of the world, we must develop a society in which all people are treated with dignity and have every opportunity to have meaningful work in which they can have pride in contributing to the common good. It will take very careful thought and planning. It will cost. 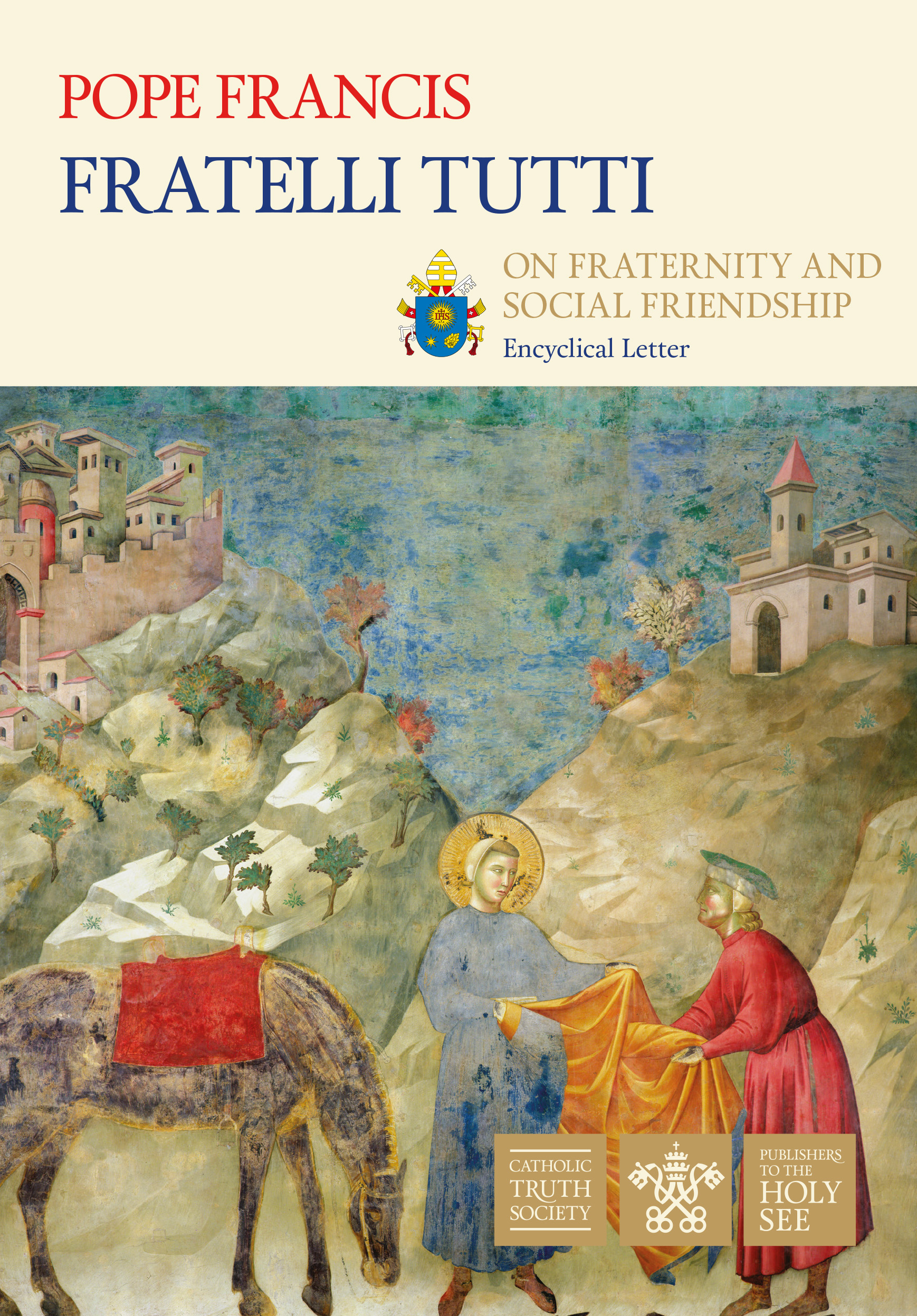 That is the sort of thinking that underlies the latest encyclical (letter to the Church) of Pope Francis. It is entitled Fratelli Tutti, Italian for ‘all brothers and sisters’, all of us made by God, in His image, and thus entitled to respect. The Italian title comes from the motto of St Francis, the thirteenth century saint whose sole aim was to show compassion to those most neglected and to spread God’s love.

Pope Francis is worried by many things in the world today, by the throwaway society, in which so many people are left on the scrapheap by economic change and the ruthlessness of exploitation in employment. He is worried by the misuse of the internet, a marvellous invention in itself, for cheap propaganda. He warns us it is not enough to have information if we have no ability to assess and judge it in wisdom. He is worried by the rise of populism which exploits grievances and focuses on antagonism to immigrants. He is worried by politicians who are only interested in opinion polls and the next election rather than working out what is needed long-term to create a happier, juster and more peaceful world.

Once again, as in his earlier letters, Francis calls for every human being to be given adequate medical services, a proper education, meaningful work and a standard of living that enables people to live healthily in modest comfort. He calls particularly for politicians who will plan carefully for such a long-term future and for businessmen who will use their skills to create employment that rewards themselves while at the same time providing work for others and goods that meet real needs. He also calls on politicians to take a kinder, less aggressive and dismissive attitude to those who disagree with them and to be prepared to learn from them.

Francis talks of the importance of what he calls fraternity and social friendship. We need to appreciate both the good heritage of our own cultures whilst also being open to and prepared to learn from others: we can be enriched by them.

In terms of our own national culture, I think that means looking back not so much to World War II (of which we have done rather a lot recently) but to what came in the twenty or so years after, a society much fairer and just than we have now, almost no one in real poverty. The Welfare State as we called it. I know there were also things about that society that were far from perfect and have improved since, but it was a great improvement on what had gone before.

At the beginning of his letter, Francis stresses the inspiration he owes to another church leader, Patriarch Bartholomew of the Orthodox and to a Muslim leader The Grand Imam of Abu Dhabi, al’Tayyeb. At the end he lists the joint resolutions he and the Imam drew up, speaking for both religions, in calling all peoples to live together and ‘fill the world with goodness, love and peace’. A second resolution called on everyone, especially but not only the rich, to help the poor and marginalised. Finally, in the name of God, they called for a culture of dialogue and mutual co-operation as the code of conduct for all religious believers.

That’s enough from me. Dip into Fratelli Tutti if you can. It is very easily googled; you can also find assessments by Professor Anna Rowlands, expert on Catholic social teaching at Durham University.

For the Archdiocese of Southwark main website visit: www.rcsouthwark.co.uk